You are signed up for this Webinar.

"Innovate or die” may sound extreme, but it’s the only way to thrive in today’s ever competitive market. Bernd Greifeneder, CTO of Dynatrace, wanted to ensure that the company was relevant 5 years from now so he formed an internal incubator with one goal: transform Dynatrace into a Cloud Native DevOps organization.

The incubator focused on what the company needed to do in order to integrate nascent cloud technologies so that they wouldn’t be left in the dust when the inevitable tipping point to cloud arrives. Transforming into a company would allow for rapid release cycles and provide an embedded feedback loop.

The Results: Dynatrace now has a 99.998% availability of SaaS Service and can deploy changes within an hour if necessary. In parallel, a new SaaS and managed offering released every 2 weeks with 170 production updates per day.

Watch this recorded webinar as Bernd Greifeneder shares the lessons learned moving Dynatrace from an on-prem company to one that is cloud native.

Reserve your spot while seats are available. Always driven by what’s just over the horizon, Bernd is taking Dynatrace solutions into a brilliant future. He’s a serial entrepreneur, Dynatrace being his third successful venture. With more than 15 years of engineering leadership under his belt, Bernd owns nine tech patents―including Dynatrace PurePath® technology and the new Dynatrace platform, our new generation DPM solution. He believes in paying his experience forward so, in his spare time, he advises startup companies, speaks at entrepreneurial events and supports academic technology research. An adventurous spirit, Bernd prefers alpine or oceanic adventures to relaxing on a beach. He applies the same drive and determination to keeping Dynatrace on the leading edge of DPM. 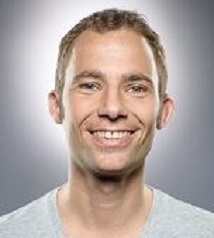 Andreas Grabner has 15+ years’ experience as an architect and developer in the Java and .NET space. In his current role, Andi works as an advocate for high performing applications in both the development and operations areas. He is a regular expert and contributor to large performance communities, a frequent speaker at technology conferences and regularly publishes articles blogs on blog.dynatrace.com.

Dynatrace provides software intelligence to simplify enterprise cloud complexity and accelerate digital transformation. With AI and complete automation, our all-in-one platform provides answers, not just data, about the performance of applications, the underlying infrastructure and the experience of all users. That’s why many of the world’s largest enterprises, including 72 of the Fortune 100, trust Dynatrace to modernize and automate enterprise cloud operations, release better software faster, and deliver unrivalled digital experiences.